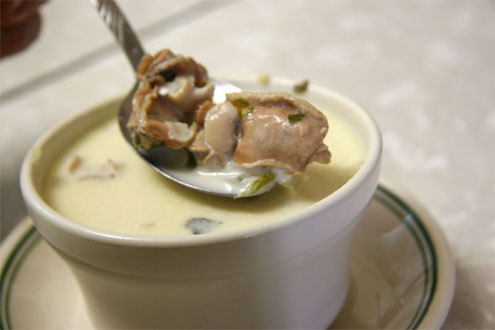 There are two foods Dennis Matt really loves to eat, oysters and mushrooms! Ever since he started growing his own oysters, he has shucked oysters and made this soup. His mother was a great cook. She taught him everything he knows.  He would watch her cook, and in retrospect, he doesn’t think she ever used a measuring cup or measuring spoons. She cooked with a sense of purpose and taste. I tell you this, because he honestly doesn’t use any measurements in this recipe. However, in an effort to approximate the recipe, he put in measurements where needed. This year, he grew lemongrass on his deck.   He thinks the lemon grass is the signature of this flavorful dish. When it comes to mushrooms, he prefers oyster mushrooms, but these are expensive and can be hard to find. Many times, he supplements oyster mushrooms with baby portabellas. You can also use chanterelles, shitake, or even your basic white mushrooms. At the end of the day, follow his mother’s mantra, make the dish the way you like it!

In a large skillet melt the stick of butter and sauté the shallots and celery until soft.  Add mushrooms and cook them until soft.  Squeeze both halves of lemon into cooked mushrooms
In a 6 quart crock pot lie the lemon grass stalks on the bottom of the pot.  Pour the cooked mushroom mixture over the lemon grass sticks.  Pour both packages of Portobello Mushroom and both cans of Progresso Mushroom soup into the crock pot.  Turn the crock pot on to “high” and cook for 4-6 hours, stir occasionally.
After 4-6 hours pour the quart of oysters and oyster liquor into the crock pot.  Turn down crock pot heat to “low.”  Cook the oysters in crock pot for 1 hour (do not overcook the oysters!)
After 1 hour, fish out the lemon grass stalks.
A note on salt: do not add salt, if ever, until after the oysters have cooked. Salt is in the oysters, as in the packages and cans of soup.
Grind in some fresh pepper and serve! 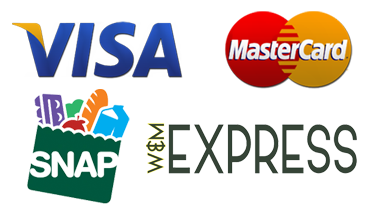